In a rapidly and constantly changing world access to information became essential not just for business purposes but also for each individual in its everyday life. For many of us the internet is an endless source of information of all kind. But handling this tremendous amount of information and finding the exact answers we need would be almost impossible without search engines like Google. We mainly take Google as granted, but how many of us really know how it works and how it can be used in our own benefit?

Who is Google Inc.?

Google Inc. is an American multinational corporation, founded in 1998 by two PhD students, Larry Page and Sergey Brin from the Stanford University, California. The idea of a new search engine developed as part of a research project. The original name was "BackRub", changed to Google due to a misspelling of the word “googol”. Originally Google run under the Stanford University website and the domain was registered in 1997.

The company’s initial purpose was to organize the world’s information and to make it accessible and useful. The initially private company had its first public offering in 2004, followed by a rapid growth. Today it provides internet related products and services, including besides the initial internet search also online productivity software like email, office suite and social networking. Other products include applications for web browsing, editing photos and instant messaging. Google also had a major role in developing the android mobile operating system. In 2012 by taking over the Motorola Mobility it also became a hardware company. However the major part of the company’s profit is generated by advertising. That is a direct result of the search engine’s popularity: Google runs over one million servers in data centers and processes over one billion search request worldwide every day.

Google, after being developed as a university research project, ended up the biggest and most popular online search engine. In fact for October 2012 Google was listed as the Internet’s second most visited website. So what makes Google so special?

Compared to other more traditional search engines Google works based on an innovating principle. Conventional search engines used to rank results depending on how many times the search terms appeared on the page. The purpose of Google is to give users more relevant links for their search requests, so it works based on a new principle named PageRank. Page rank is a link analysis algorithm: it assigns a numerical weighting to each page. The rank value indicates the importance of the page. It is established based on hyperlinks to a page, which counts as a vote of support. The PR depends both on the number of incoming links and on the ranking of the pages that link back to the original site. So basically Google uses PageRank to determine the importance of a particular web page and lists pages with higher ranking first. By doing so it offers its users more relevant answers for their quire.

Why you need to optimize for Google?

Considering the popularity of Google all webmasters want their sites listed high on Google search results, as it guaranties more traffic and income. PR is one of the factors that determine a page’s ranking in search results. It is not the only factor, but it is an important one. However ensuring a high PR for your site is not always easy and in fact trying to increase the ranking without being fully aware of the system can have the exact opposite results. For example Google does not count all links and some links can even cause a site to be penalized. When searching for results Google also considers the frequency of the requested terms on a page, if they appear in the title or in the URL. By combining several factors it decides which pages should be listed first. So understanding these criteria and optimizing websites accordingly is in every webmasters interest. However as in every field the work is much better done by professionals, so SEO specialists should be left to handle such complex but vital problems for your business. 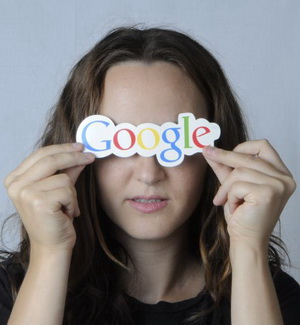